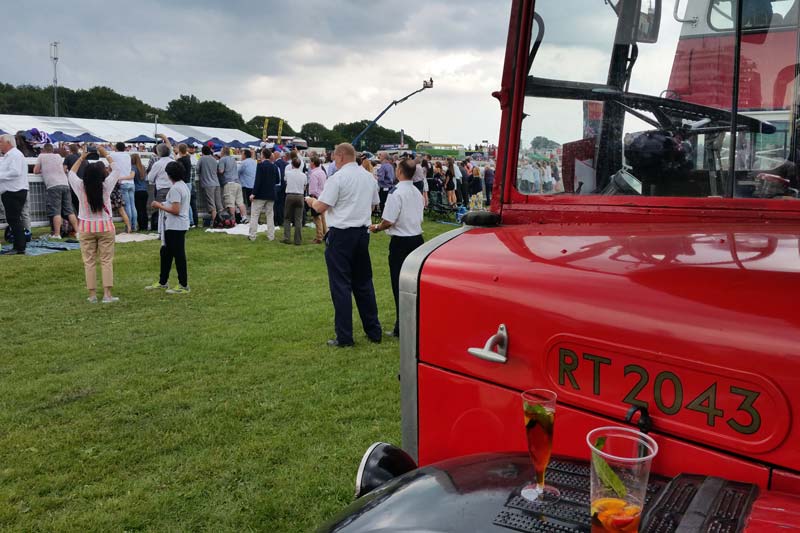 Over 7000 were built, and 40 years passed between the first turning a wheel in 1939 and the last in 1979. The swept back profile of the front is redolent of art-deco 1920s and 30s designs, as opposed to the more upright and modernist style of the Routemaster bus which arrived in 1954.

It is unmistakably a classic London Transport Double Deck Bus, and featured famously in the 1963 film ‘Summer Holiday’ starring Cliff Richard. The bus has an open rear platform and separated driver’s cab, so we supply a second member of staff to look after our guests. 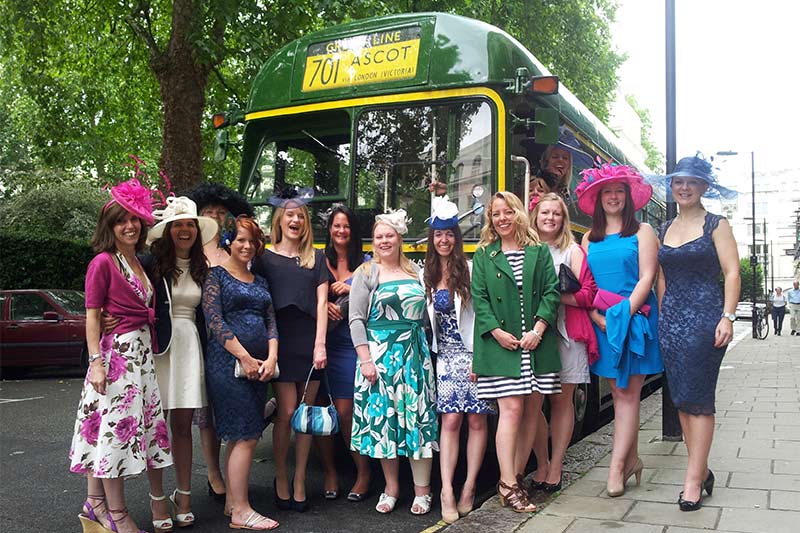 Our 39-seat RF single deck vintage bus is one of 700 built for London Transport in the early 1950s. The first arrived for use at the Festival of Britain in 1951.

Its pleasing appearance both inside and out is down to the fact that London Transport engaged one of Britain’s first professional industrial designers – Douglas Scott – to create the bodywork. Scott was a quiet master of practical styling, whose many achievements include the Rayburn cooker, Ideal Standard’s Roma washbasin found in the Museum of Modern Art in New York, and London Transport’s famous Routemaster bus.

Scott’s design for the RF included complex curved panels which give the bus a friendly appearance, and make it seem smaller than it really is. Its streamlined look inspired one observer to say that it ‘might almost have been extruded from a single sheet of curved metal’. If the exterior is striking, the interior is a small masterpiece, with the brown and cream theme of London Transport’s quality seating material carried through to the ceiling and interior panelling. When illuminated at dusk by the warm glow of the tungsten lighting, the interior is a real pleasure to behold. The bus even sounds friendly; while modern buses roar, ours has a melodic almost tuneful tone.

Technical information about our buses

The Regent III (RT) and Regal IV (RF) chassis were built by AEC in Southall, West London. They have very similar 9.6 litre 6 cylinder diesel engines, developing 125 horse power. Transmission is by way of a fluid flywheel and air operated gear box through the drive train to the rear wheels. The brakes are air operated, but there is no power steering. Both have a maximum speed of 40mph. The body of the RT was built by Park Royal Vehicles in London, and the RF by Metro-Cammell, Birmingham.

These buses served London well for 28 years and developed a great reputation for reliability. Their simple rugged London Transport design means there is less to go wrong.

Ask us for a quotation